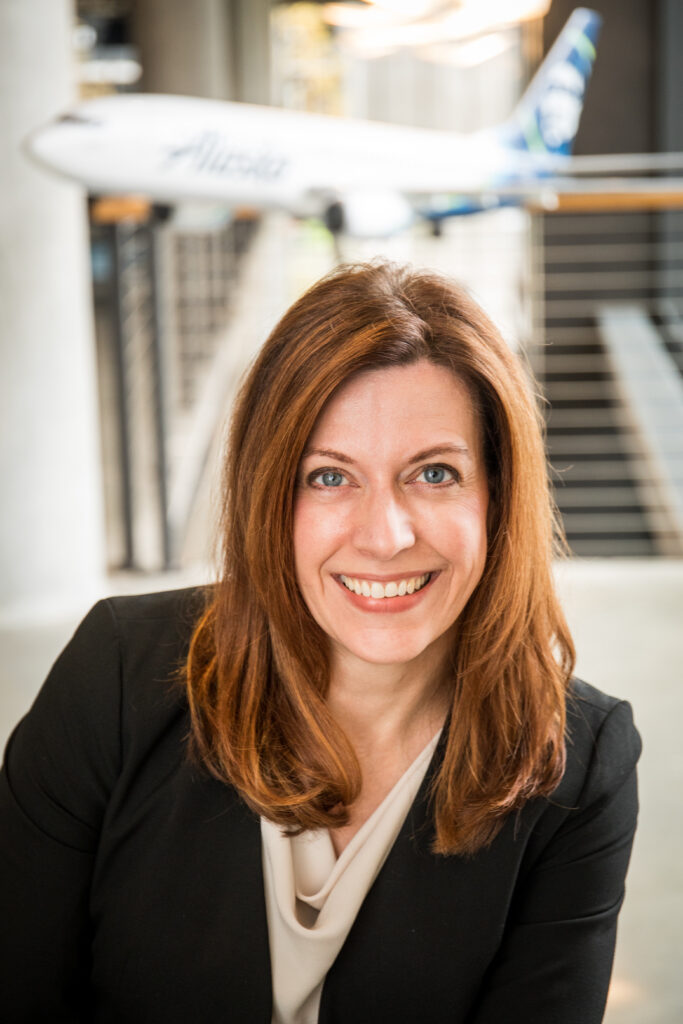 Stephanie Cootsona invites you to join Alaska Airlines and your aviation colleagues to the 2022 Air Carriers Purchasing Conference in San Diego!  As your Airline Chair, she acts as a liaison between airline participants and the ACPC Board, and Chairs the Airline Steering Committee, which is responsible for new airline participation recruitment.

Stephanie hails from a suburb of Cleveland, Ohio (just a few hours from Dayton – hometown to aviation’s Wright brothers).  She joined the Air Force directly after high school and spent eight years on active duty.  During those years, assignments to England, Las Vegas, and Italy provided her with an amazing opportunity to travel most of western Europe and time to pursue her degree in Business Management.  She (regrettably) left Italy in 1997 to return to the United States and joined the Army Reserve and later, upon moving to Washington State, the Air Force Reserve.  As a civilian and Reservist in upstate New York, Stephanie likes to say that she “talked her way into” a job as Legal Secretary to the Watertown County Attorney and found that she loved the intersection of language and law that this work provided.

After moving to Washington in 2000, Stephanie spent a short time working at Bennett, Bigelow & Leedom in Seattle, but later took a role within the Alaska Airlines Legal department south of the city, to be closer to her new home and her growing family.  This pivotal change has turned into a 20-year career with Alaska!  In 2004, Stephanie left the Legal department and began working as a buyer within the Alaska’s Supply Chain group, with a sourcing role that focused primarily on Aircraft Interiors.

Then, in 2011, Stephanie took an opportunity to learn more about the airline and lead the Deicing, Baggage Performance and later, the International Facilitation programs for the Airline’s Airport & Cargo Operations Division.  In 2014, however, she realized that she missed the challenges of sourcing and contracting, and found her way back to Supply Chain.  She is currently the Director of Supply Chain – Operations, leading a fantastic Procurement and Sourcing Team, who primarily support Alaska’s Maintenance & Engineering Division.

In 2013, Stephanie retired from the Air Force Reserve after 21 years of honorable service, yet she continues to look for opportunities to serve through board memberships with organizations such as Hire America’s Heroes and USO Northwest.

Stephanie lives with her husband Chris Cootsona in Renton, Washington and has two grown sons, Danny and James, of whom she is immensely proud.  She spends her free-time reading, training, chasing a 5k time under 25:00, and in support of TüN, her husband’s Blues, Funk & Rock originals-only Band.